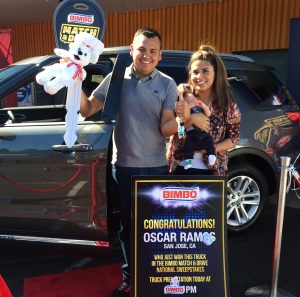 Oscar Ramos of San Jose won a brand new car and claimed it Saturday at the FoodMaxx store on Parkmoor Avenue, down the street from his home. He says he always does his grocery shopping there, and it turned out to pay off when he bought sugared donuts.

Bimbo’s Bakeries held a nationwide contest, putting special codes in the packaging of their sweet treats. They sent out 30 million codes, and customers had to go to Bimbo’s website to enter the code from each package they bought. 6 people won a car, including Oscar. Winners had a choice of a pickup truck or an SUV. Since Oscar and his wife have a 2-week-old son, he chose the SUV. “I really can’t believe it,” he said. “It’s a nice surprise and will come in handy.”

The other winners live in Texas, Georgia and Florida. 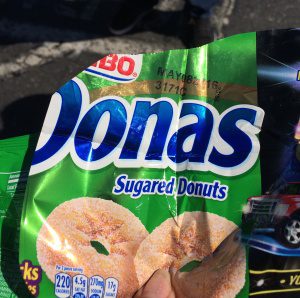 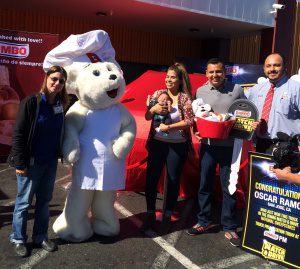 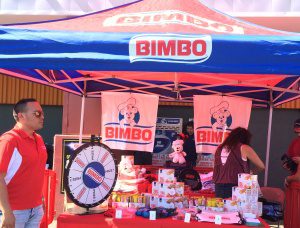