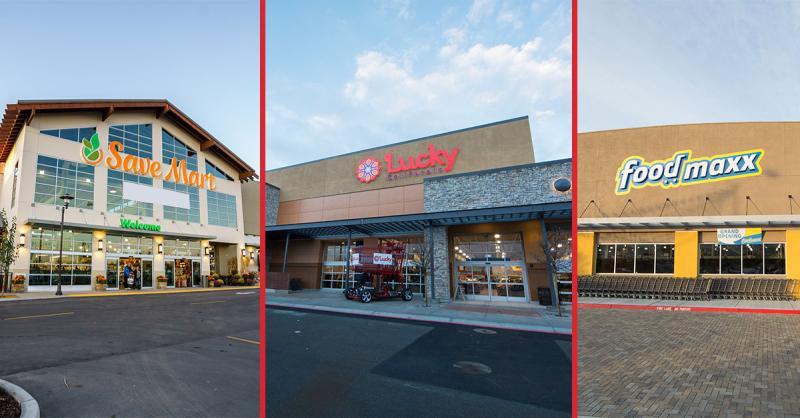 The Save Mart Companies Thanks UFCW, Teamsters Unions for Help in Hiring Process
Modesto, Calif. – The Save Mart Companies, operators of Save Mart, Lucky/Lucky California, and FoodMaxx stores across California and Northern Nevada, today announced the company has hired 683 full-time team members, part of the stores’ quick response to surging customer demand during the coronavirus pandemic.

The Save Mart Companies initially hired these team members in part-time temporary positions. With its stores seeing overwhelming customer demand during this public health crisis, the company stepped up recruiting and hiring efforts, bringing on nearly 1,000 temporary team members in a matter of weeks. Most joined in ‘multi-purpose clerk’ roles, helping stock shelves, working the check stands or handling the movement of goods and incoming shipments.

As demand remained at record-high levels, the company transitioned 68% of these team members into full-time positions.

“We knew we would need to be aggressive to hire enough team members to handle increased business during the pandemic,” said Lee Gelb, Vice President, Human Resources. “As an essential business we needed to be prepared to meet our customers’ needs and to help existing team members manage the overwhelming increase in business and the journey through this historic time.”

Many of the new team members were furloughed from previous companies during the pandemic’s economic downturn. “We are fortunate to find so many talented and engaging team members, coming from all walks of life and every level of work experience,” said Chad Stacy, Director, Talent Acquisition.

The Save Mart Companies worked closely with two of its unions, United Food and Commercial Workers and Teamsters, to expedite the creation of the new permanent positions as well as growing the ranks of the two unions. “We want to thank our unions, UFCW and the Teamsters, for their assistance in this vital process. They are great partners,” said Doreen Dorraugh, Director of Labor Relations.

The Save Mart Companies is committed to the safety of its team members and customers. The company has implemented a number of public health safety measures during the pandemic. It was among the first grocery stores to offer specific shopping times for seniors and for first-responders.

“We are very proud of the hard work and dedication that our team members have demonstrated, at every level of this organization, to keep our shelves stocked and the stores operating safely,” said Ms. Gelb. She said the 683 new team members hired are in addition to the over 14,000 team members the company had as of January 1, 2020 at its 206 stores.

About the Save Mart Companies

The Save Mart Companies operates 205 stores throughout California and Northern Nevada under the banners of FoodMaxx, Lucky and Save Mart. The Save Mart Companies is committed to sourcing a wide variety of local products to communities throughout California and Northern Nevada. In addition to its retail operation, the company also operates Smart Refrigerated Transport and is a partner in Super Store Industries (SSI), which owns and operates a distribution center in Lathrop and the Sunnyside Farms dairy processing plant in Turlock. For more information on the company, please visit: www.TheSaveMartCompanies.com.